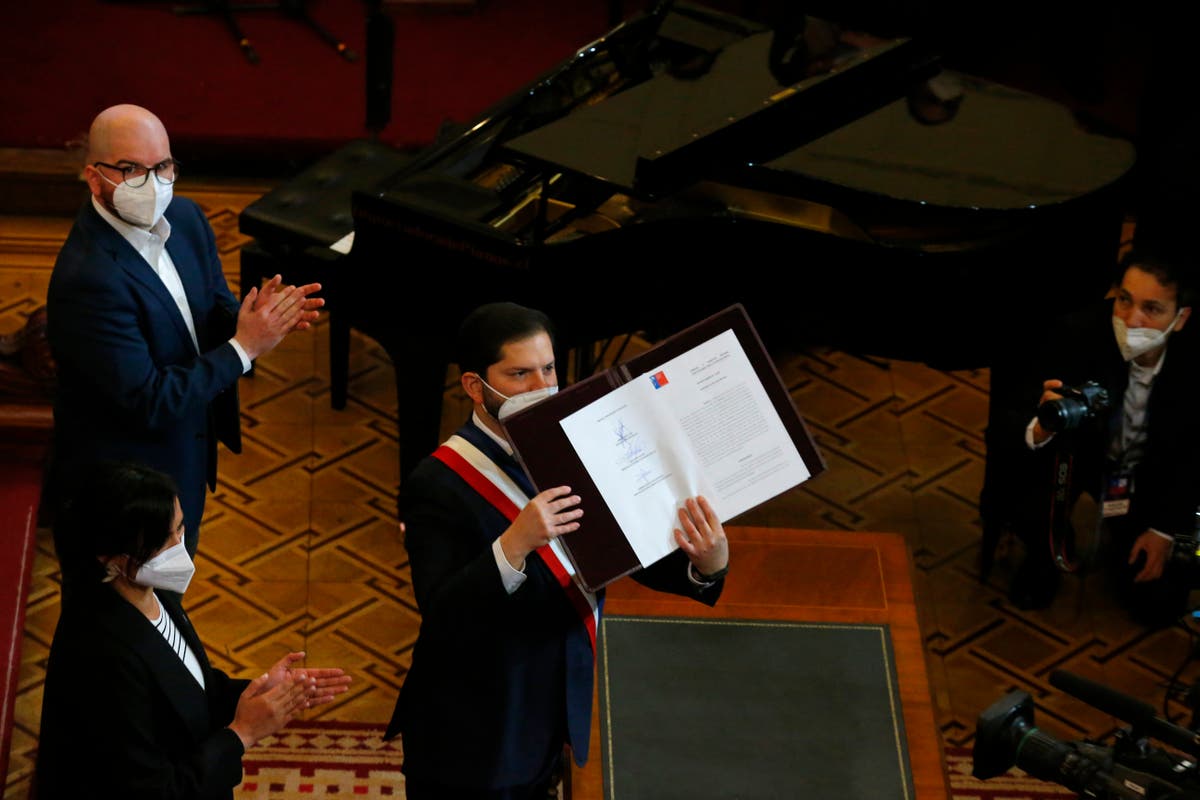 President Gabriel Borek was presented on Monday with the official draft of a proposed constitution aimed at replacing the charter imposed by the military dictatorship 41 years ago and introducing fundamental changes in Chile.

Chileans are due to vote in a September referendum to adopt the charter drafted by a constitutional conference elected last year.

“Next 4th of September, it will once again be the people who will have the last word on their fate,” Borek wrote on Twitter.

In the articles of the first draft, Chile is described as a “social and democratic country” as well as a “plurinational, multicultural and ecological country”. The document acknowledges the existence of 11 indigenous groups, which represent 12.8% of the country’s population of 19 million.

The project will require, among other things, a new public health care system and a process to return land to the indigenous population. It also establishes new rights, including the right to “decent and dignified housing” and equal pay for equal work for men and women.

The president of the conference, Maria Elisa Quinteros, handed the proposal, which includes 388 articles, to Borek in a solemn ceremony. Then Borich signed a decree setting the date of the referendum, in which Chileans would be required to vote.

“I am honored to lead this historic moment,” Quinteros said.

More than three-quarters of Chilean voters in the 2020 referendum called for a new constitution, but the ceremonial handover of the draft constitution comes at a time when people seem more skeptical of the Congress’s work.

Opinion polls at the beginning of the year indicated a clear majority intending to vote in favor of the new constitution, but polls conducted since April have found a marked change in opinion, with opponents of the new document seemingly leading.

Analysts say the arrogant attitude of some delegates toward the constitutional convention rather than the content of the proposal has unnerved Chileans.

Giorgio Jackson, Secretary of the Presidency, alluded to this circumstance by saying, “We saw a very poor assessment of the operation.”

During his speech on Monday, Borek urged Chileans not to view the referendum as a vote on his government. The September elections “are not and should not be an assessment of the government. It is the debate about the future and destiny of Chile,” he said.

Although Borek was sworn in in less than four months with a high approval rating, recent surveys have shown that Chileans are getting sour with his administration amid an increase in crime and high inflation.

The delivery of the new document coincides with the dissolution of the Constitutional Conference a year after the date of its establishment.

If the draft is rejected in a referendum, the current constitution, which was written during Augusto Pinochet’s 1973-1990 dictatorship, will remain in effect even though there is widespread agreement that the country needs a new charter.

If the document is approved by a majority vote, it will launch a process that will take years to become a reality. Congress will have to pass new laws to implement its requirements.