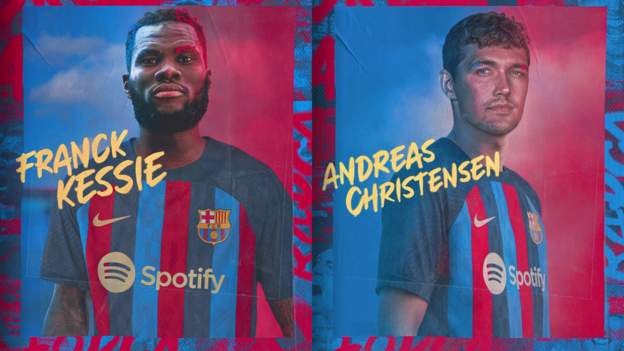 Barcelona announced the signing of Frank Kessie and Andreas Christensen on free transfers.

The two players signed deals for four years and the terms of their release were set at €500m (£430m).

Christensen came through the youth academy at Stamford Bridge and played a total of 161 games for the Blues, while also spending two seasons on loan at Borussia Moenchengladbach.

Meanwhile, Manchester United has They reached a broad agreement More than €65m (£56m), plus extras, are with Barcelona for Dutch midfielder Frenkie de Jong.