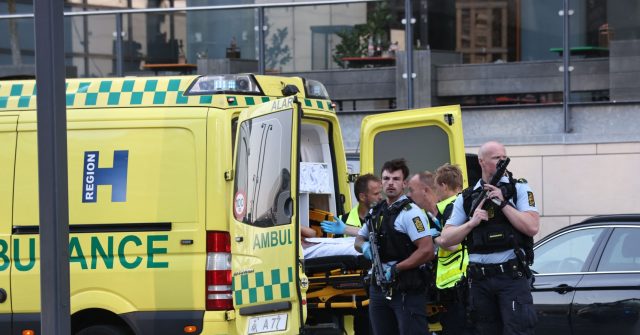 Danish police have confirmed that several people have been shot amid an ongoing incident in a Copenhagen mall.

Police in the Scandinavian country advised people to stay away from the Fields shopping center or have a shelter in place on social media, before further alerting that one person had been arrested in connection with the incident and declaring that law enforcement had a “enormous” presence in the area.

Details of the shooting are scanty at present with the police claim “They do not currently have the opportunity to tell more about who the person is.”

Copenhagen police advised everyone to stay away from the Fields shopping center and anyone there to take cover after reports of multiple gunshots and people falling. https://t.co/BGOg5LLeVh

Some have noted that the shooting took place near where Harry Styles’ concert was being held or was due to take place later this evening, but no strong connection has been established at this time.

As of the time this report was published, it had not been confirmed whether the police had revealed the incident, or whether any of the injured had been fatally injured.

People are seen running during the evacuation of the Fields Shopping Center in Copenhagen, Denmark, on July 3, 2022 after Danish media reported a shooting. Danish police said a shooting in a Copenhagen shopping center left several victims on Sunday. Copenhagen police wrote on Twitter, that police reinforcements were deployed around the large shopping center Field between the city center and the airport. They said, “We are on the scene, shots were fired and several people were injured.” Denmark outside (Photo by OLAFUR STEINAR GESTSSON/Ritzau Scanpix/AFP via Getty Images)