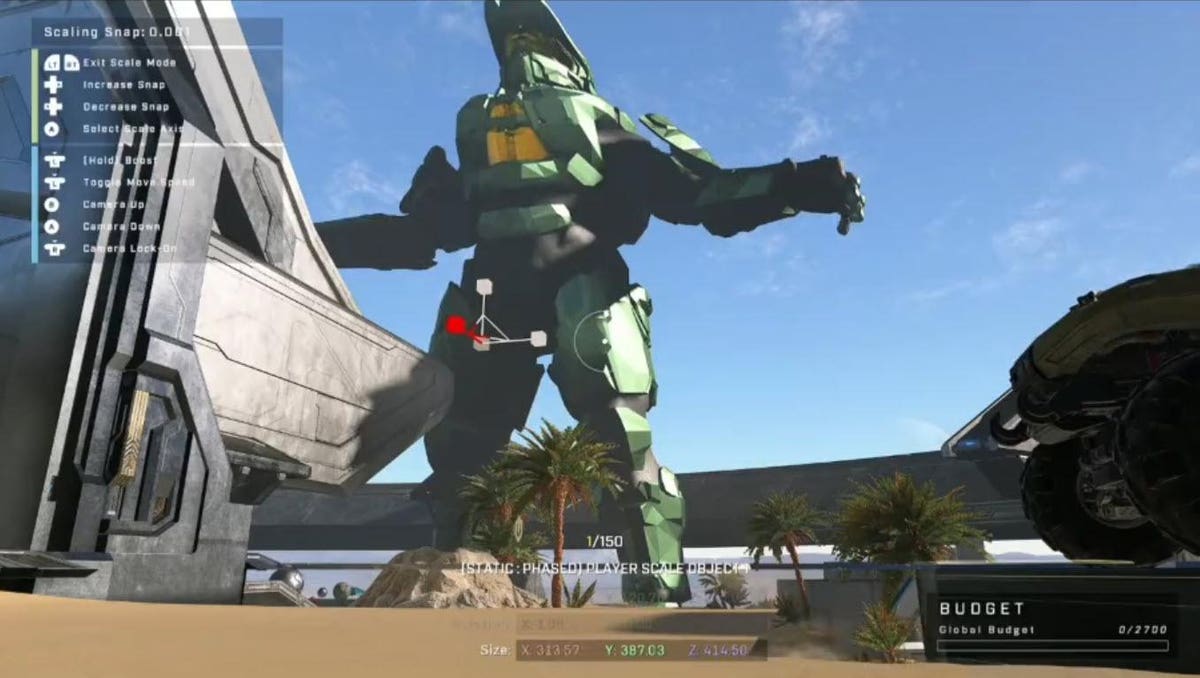 Halo Infinite players have been waiting for something they hope to release with the game for a long time, and that is Forge mode. And now, at some point during the very long second season, we’re about to get a Forge mode beta, but some players already have their hands on the special tests.

Now, of course, the shots a leak From the Forge mode and it appears that it might inject some life into the game due to the sheer scale of absurdity you can create with it. I’ve been through some of these videos, and there definitely seems to be a lot of potential out there.

Here’s one that shows you can play with object scaling, which in this case results in a giant T-shaped main boss on the field.

Here’s another that shows how you can actually Weapon combination All-new capabilities as a result:

This was actually a glitch from Halo 5 that players enjoyed, and 343 seems to have taken that seriously and actually made it a feature for this version of Forge. Here’s another look at it:

Combine the ranger ray and heat wave, anyone? I mean, no, that probably wouldn’t be terrible balanced, but fun? Certainly, sure.

Since its launch, Halo Infinite has struggled to retain players constantly, as its numbers are dwindling so much and it has been forced to participate in these six-month seasons without offering it much new content. Halo Infinite is routinely defeated by Halo MCC on Steam, and it’s not the best game played on Xbox these days, currently in the 18th place in the top 20.

But forge mode? This is the first thing I’ve seen from Infinite in a while and it looks really promising. I’m not sure what exactly the beta will include, if only tools are to be tampered with, the official launch will be when you can start playing community maps. But when that happens, based on what I see here, I’m really looking forward to it. I mean, I hope it won’t take nearly a year to get here with most of the players’ interest already escaping, but still, that’s a thing, and we’ll see if he can update the game in a useful way as soon as it arrives.