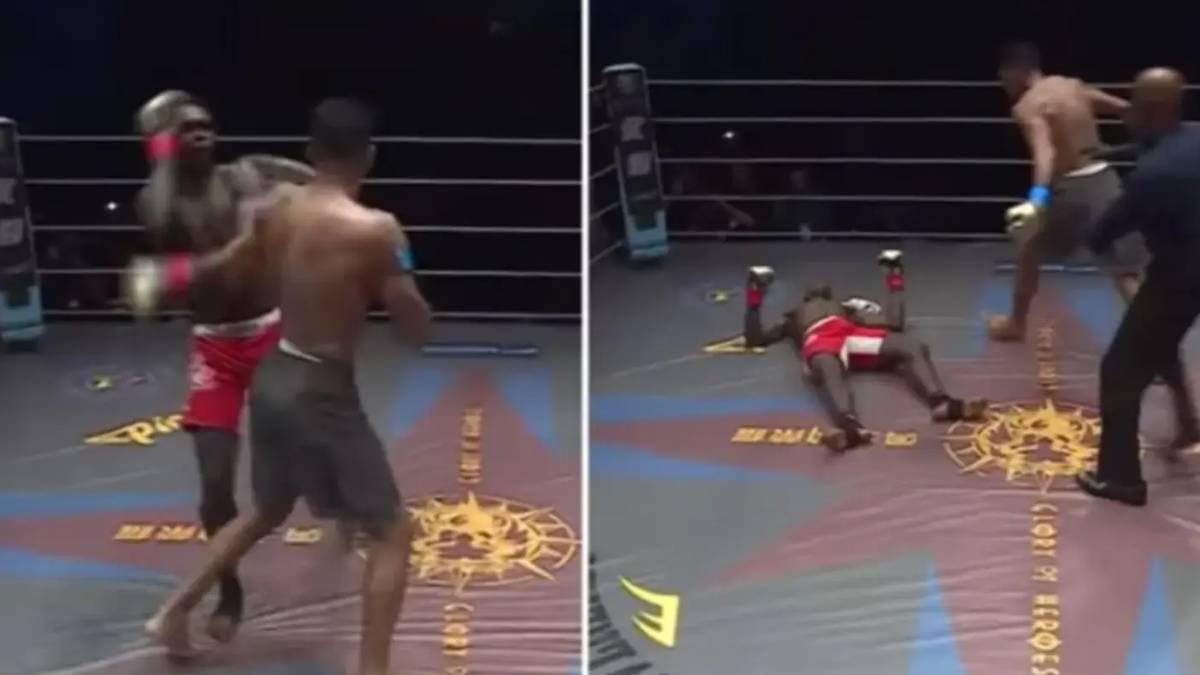 It looks like Israel Adesanya is ready to take on Alex Pereira, with both men winning, and the Brazilian is the only man to have defeated the UFC middleweight champion, as you can see in the video below.

It was a fairly routine win for the Last Stylebender, who seems to have beaten everyone out there in the division, after winning the undisputed title from Robert Whitaker in 2019 and defending it five times.

After beating everyone within walking distance, Adesanya is expected to meet Pereira, who has not been ranked by the UFC before Saturday night.

The Brazilian only played two promotion games before the event at the T-Mobile Arena but his strength and reputation gave him a big shot on Saturday.

The win is expected to give him a high ranking, when the list appears early next week, and should put him in line to face his old rival.

The duo previously fought twice, before either reached the UFC, in kickboxing competitions for the Glory of Heroes, with the Brazilian taking the lead in both.

Their first encounter came in 2016, when Pereira finished off the Nigerian-born New Zealander’s 12-game winning streak with a points decision in Glory of Heroes 1.

A little less than a year later, in the last boxing fight in Adesanya before moving to MMA permanently, Pereira handed the 32-year-old his only ever loss in a KO.

The Brazilian fell with a left hook to finish the competition, the same shot that Strickland got at the start, before he followed up with a right.

“Look, we know who’s next,” Adesanya said in the middle of the octagon after his relatively easy win over the Cannonier, “Believe me, the first time I told you, it was a mistake on my part to spam the right hand and it was kickboxing.

“Easy knockout, what’s the name of Hillbilly [Strickland] Because he was dodging punches but like I said at the press conference, the next time I put my skates on, you’re going to freeze like Elsa.”

The next time Adesanya is in the octagon, things may be more cheerful than on Saturday night.