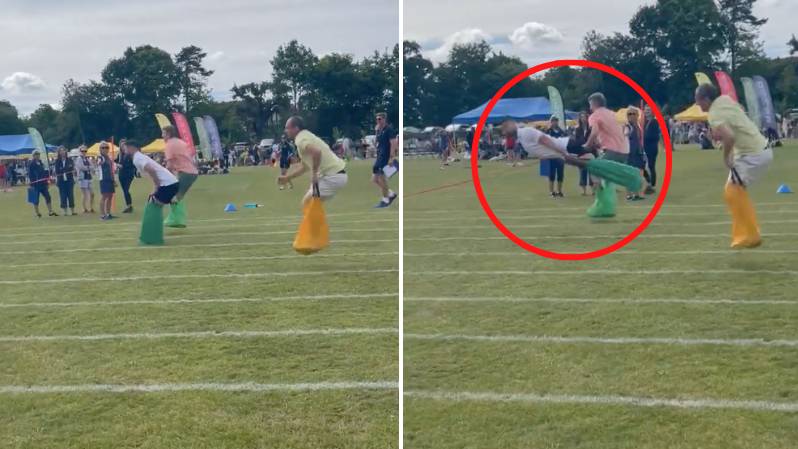 Ex-England and Chelsea defender Gary Cahill has taken to social media for his hilarious antics on his child’s Sports Day.

The 36-year-old has won two Premier League titles, two FA Cups, the Europa League twice and the Champions League once, in addition to having played 61 times for England.

But his greatest sporting achievement has to be winning the sack race against other parents this week. Cahill took to Twitter to share an amazing clip of him winning gold in the event, which requires the highest level of mental, technical and physical prowess.

Cahill, with a green sack, started strong with some great forward jumps and took the lead. But then there was another dad on his tail and the former Aston Villa and Bolton man had to be at his best to cross the line.

Just as it seemed like a final picture might be needed, Cahill blundered over the finish line in stunning fashion to claim victory.

Commenting on the clip on Twitter, he wrote: “I wanted it more!”.