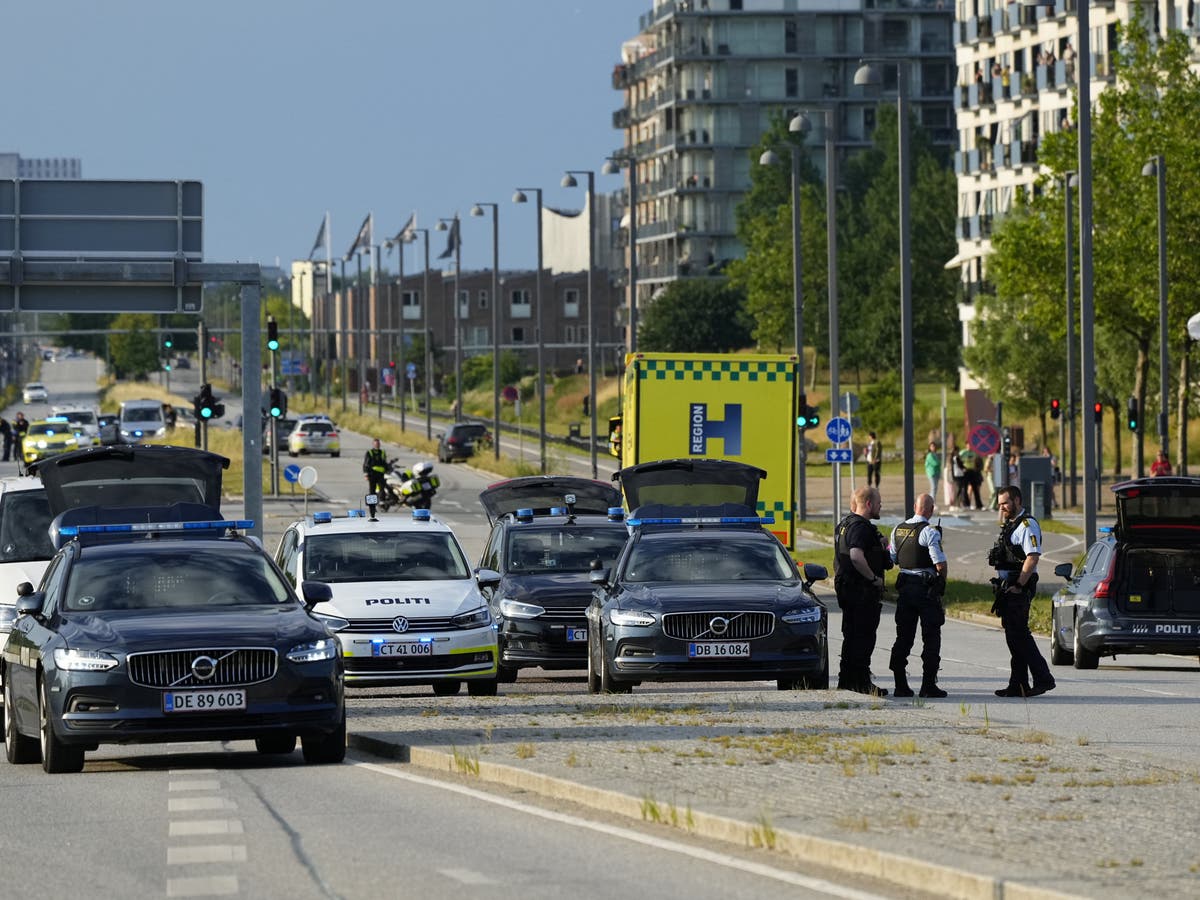 Danish police say several people have been killed and several others injured after a shooting at a shopping center in Copenhagen.

People were seen running outside the Field shopping center on Sunday, and other witnesses said they hid in stores after hearing gunshots.

Copenhagen police said a large number of officers were present at the scene of the shooting and advised people inside the mall to stay put and wait for police help.

“We know there are several dead” and “several wounded,” Inspector Soren Thomassen told a news conference, adding that police could not rule out the possibility that this was an “act of terrorism”.

The force said that a 22-year-old Danish man was arrested in connection with the shooting.

We have no information that others are involved. That’s what we know now, said Mr. Thomassen.

Police did not provide further details of possible casualties, but Danish radio broadcaster TV2 published a picture of a man on a stretcher.

A spokesman told Reuters that the capital’s main Rigschpitalt hospital had received a “small group of patients” for treatment. The spokesman added that it had called in additional staff, including surgeons and nurses.

Mayor Sophie Andersen said: “Appalling reports of shootings in Fields. We do not yet know for sure how many people have been injured or killed, but it is very serious.”

The shopping center is located in Orestad, an area in the south of the capital of Denmark, on the island of Amager.

Loritz Hermansen said to the Danish radio d. Really loud explosions. It looked like shots were fired right next to the store.”

Police encouraged those who went to the mall on Sunday to contact their relatives.

In an update at 7:48 p.m. local time, the force said: “We remain highly present in Fields and are working to secure the entire building. If you’re still in Fields, stay put and wait for the police.”

The shopping center is near the airport, and less than a mile from the concert venue where Harry Styles was scheduled to perform at 8 p.m.

Live Nation, the event’s promoter, told Reuters that the event will take place as scheduled after close dialogue with the police, and half of the audience has already entered the venue.

Denmark’s royal palace says a reception with Crown Prince Frederick related to a cycling race in France has been cancelled.

The palace said in a statement that the first three stages of the race were held in Denmark this year. The reception was scheduled to take place aboard a royal yacht moored in Soenderborg, the city where Phase III ended.