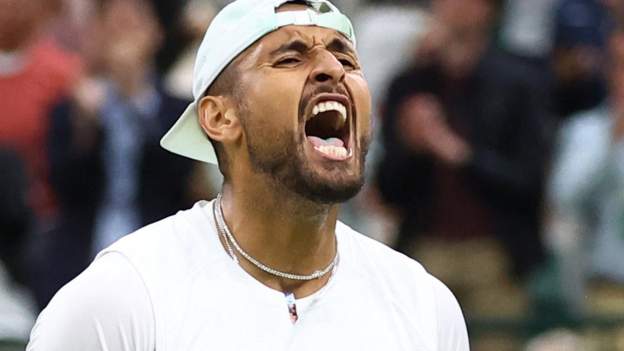 Nick Kyrgios battled to dismiss Greek fourth seed Stefanos Tsitsipas and reach the fourth round at Wimbledon in a thrilling four-set match in which both players were warned by the referee.

In a superb eventful match, Kyrgios called for Tsitsipas to be sent off after the 23-year-old fired a shot into the crowd and missed a spectator when he lost the second set.

The Australian had already received an obscenity warning by then, while Tsitsipas was awarded a point penalty for breaking the second law as he sent the ball away in frustration.

He will next play American Brandon Nakashima after the 20-year-old world number 56 beat Colombian Daniel Galan 6-4 6-4 6-1.