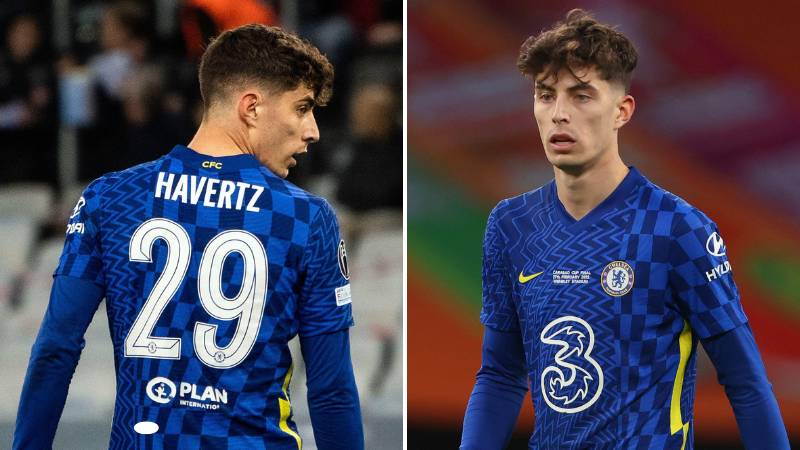 Chelsea star Kai Havertz He explained why he chose to wear the number 29 jersey for the Blues, due to the famous video game, FIFA.

When Havertz was playing for Bayer Leverkusen, he had the number 29 on his back, and after a big move to Chelsea in a £72m deal, many thought he would pick a more famous number. Offensive players are often associated with the numbers 7, 9, 10 or 11 as they are seen as the most popular numbers. Cristiano Ronaldo used his number to brand himself a CR7. Ronaldo Nazario made the number 9 shirt himself.

But Havertz chose the number 29 because it holds special memories for him and his brother. In a recent Q&A on his official Instagram account, Havertz was asked why he chose this number.

The German also revealed this in 2021, during an interview with the athlete.

He said: “When I was young I always played FIFA or Pro Evolution Soccer with my brother. We always made ourselves into the game. My brother always wore the number 29 on his shirt.”

Havertz added: “When I came to the professional game and Leverkusen asked me what number I wanted, I asked them about the free numbers. When they said 29, I said I would take it because of my brother.”

“Sometimes it’s lucky for me, sometimes it’s not, but I like the number and now I think everyone knows me for it.”

Since moving from Leverkusen to Chelsea, Havertz has established himself as one of the most important players at the club.

Best known for scoring the winning goal in the 2021 Champions League Final against Manchester City, he took a beautiful through ball from Mason Mount to his stride and circled City goalkeeper Ederson before he slid the ball softly into the net. This goal was enough to secure a 1-0 victory and the club’s second European title.

To date, Havertz has played a total of 92 matches for Stamford Bridge, scoring 23 goals.

Next season, Havertz is likely to start as a focal point in Chelsea’s attack following the departure of Romelu Lukaku, and the German will look to help his side challenge on all fronts once again after last season’s disappointments in both the Carabao Cup and FA Cup finals. .