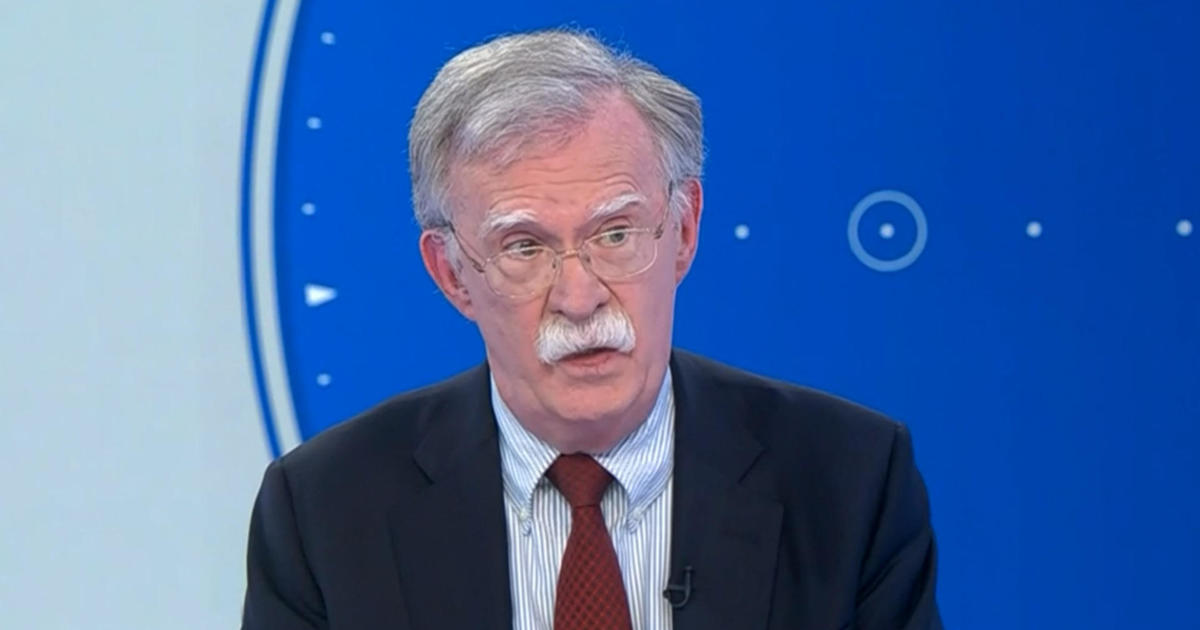 Former National Security Adviser John Bolton believes the man who was White House adviser on January 6, 2021, Pat Cipollone, should appear before the House Select Committee investigating the case Attack on the US Capitol that day. His comments come after former White House aide Cassidy Hutchinson told the committee that Cipollone raised multiple concerns about former President Trump’s actions in the days before and after Jan. 6.

Bolton said he was not surprised when he heard Hutchinson tell the committee that on the morning of January 6, Cipollone said “we will face every crime imaginable” if Trump goes to the Capitol with his supporters.

“Like all of us who have worked closely with the president for a while, you know you’re going to get a very negative reaction when the president doesn’t hear what he wants to hear,” Bolton told Heridge. “But I think Cipollone was perfectly capable of telling him, ‘You’re crossing the line.'”

Although Bolton has left the White House by November 2019, he is familiar with not only Cipolton, but also Tony Ornatothe White House aide who argues in parts of Shocking testimony by Hutchinson. Hutchinson worked with the Trump White House chief of staff, Mark Meadows.

Hutchinson He told the committee This week, after President Trump’s speech at Ellipse on January 6, she spoke with Ornato, who told her that the president was “furious” in his car when he was told he wouldn’t be able to go to the Capitol, where his supporters were walking.

Hutchinson remembers saying something poignant: “I’m the right president—take me to the Capitol now.” She went on to say that Ornato told her that when Trump was told he was going to have to go back to the White House, he got to the front of the car to grab the steering wheel and then dashed toward someone else in the car.

According to a source close to the Secret Service, Ornato is skeptical about the testimony about Trump grabbing a person’s arm, reaching for the steering wheel and rushing — but he hasn’t denied the president’s claim to be taken to the Capitol.

Bolton recalled Ornato as “very professional” and said he “performed his duties in a non-partisan manner,” and said he believed the commission should hear testimony from Ornato. Ornato was interviewed by the House Select Committee behind closed doors, but not in public.

Although Bolton felt Ornato should appear before the committee, he did not criticize Hutchinson. “She made a very calm and consistent testament,” Bolton said of her appearance.