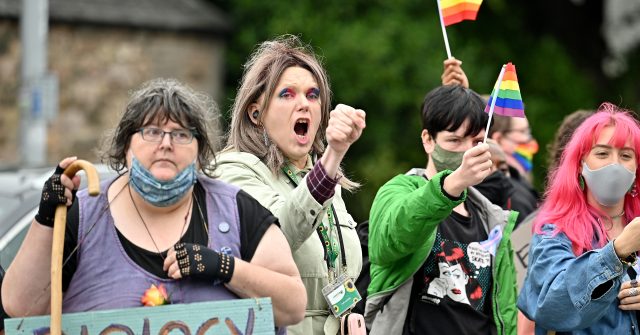 Scottish civil servants were instructed that biological sex was the “null” that had been “appointed by the medical establishment to promote white supremacy and gender oppression”.

The Scottish Government’s taxpayer-funded internal LGBTI+ staff network – A to delegate Administration roughly equivalent to a state government in the US – has been allowed to carry out a “Trans 101” course for civil servants during working time, promoting what critics have described as “highly political and discriminatory material” in comments to me telegraph.

A ‘Trans Language Primer’ has poured a special scorn on so-called TERFs, or radical trans-feminists of exclusion, suggesting that they should be renamed as FARTs, or feminists – seizing ridiculous trans-feminists.

“Although they hate all trans people, they attack trans women particularly aggressively as trans women challenge the TERFs’ view of biological essentialism around the identity and experience of femininity,” she charges, and also alleges that TERFs have an “unhealthy fascination with trans children.” And work is especially hard to make the lives of transgender children miserable.”

In addition to rejecting biological sex as a “false” invented in order to “promote white supremacy” in an ill-defined manner, training has objected to the “outdated” terminology of biological men and biological women, and even physical men and women. .

This statement appears to be a straight shot through parentheses on people like Harry Potter Rowling, who once scoffed at the idea that a “waiting individual” who commits rape should be seen as a “woman”.

Commenting on the training, Susan Smith of For Women Scotland – which coaches might describe as the FART group – wondered how women could trust that “civil servants, including those drafting legislation such as the Gender Recognition Reform, have any care Our rights when they are being trained to call us offensive names and tell us we are hate groups?”

Smith also pointed out that the training was illegal due to its politically and ideologically biased nature: “The Scottish government probably thinks they are above the Equality Act and other laws on discrimination in the workplace – they are not,” she said.

However, the Conservative-led central government in London has so far proven unable to do anything about such apparent indoctrination in the public sector other than talk about it, if that is the case. 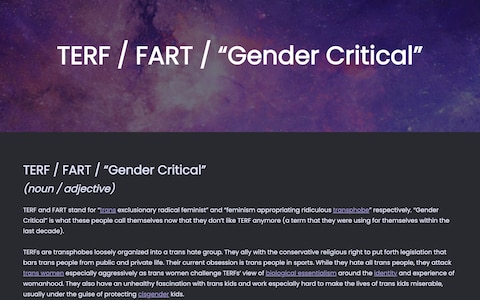