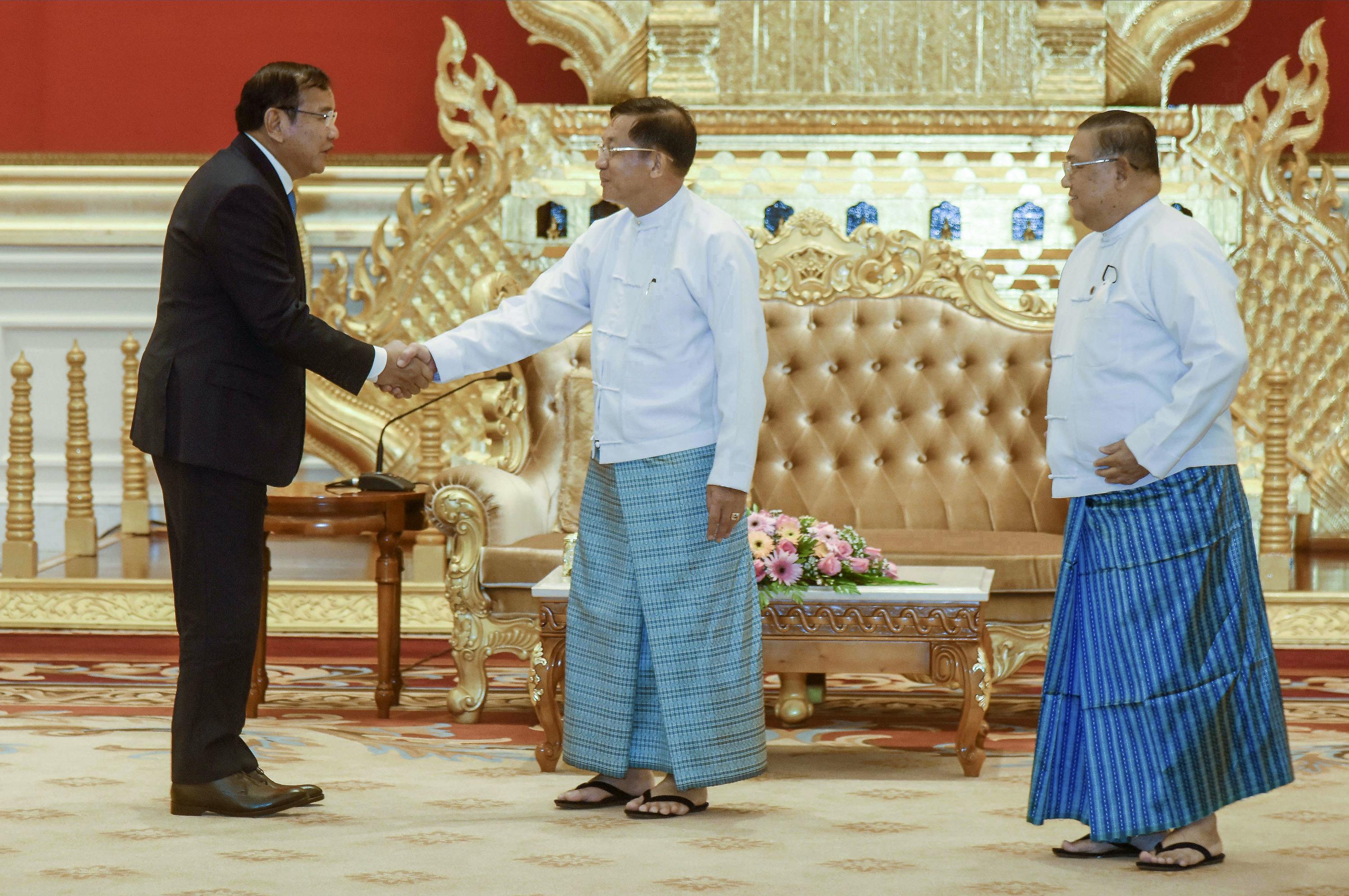 Bangkok (AFP) – China’s top diplomat arrived on Saturday on his first visit to Myanmar since the military seized power last year for a regional meeting the government said was a recognition of its legitimacy and opponents protested as a violation of peace efforts.

Chinese Foreign Minister Wang Yi He will join his counterparts from Myanmar, Laos, Thailand, Cambodia and Vietnam at a meeting of the Lansang-Mekong Cooperation Group in the central city of Bagan, a UNESCO World Heritage Site.

The assembly is a Chinese-led initiative that includes the countries of the Mekong Delta, A potential source of regional tensions due to the growing number of hydroelectric projects that are altering the flow and raising concerns about environmental damage. China has built 10 dams along the upper part of the Mekong River, the part it calls the Langkang.

Military government spokesman Major General Zaw Min Tun told a news conference in the capital Naypyitaw on Friday that the foreign ministers’ attendance at the meeting was recognition of Myanmar’s sovereignty and government.

He said that the ministers will sign memoranda of understanding and contracts. He did not go into details.

It is unclear whether Wang will meet with Senior General Min Aung Hlaing, the head of the military government.

Myanmar’s military seized power from Aung San Suu Kyi’s elected government on February 1, 2021. It was soon met with nationwide nonviolent demonstrations and unleashed an armed resistance that some UN experts now describe as a civil war.

According to a detailed list prepared by the Association for the Assistance of Political Prisoners, 2,053 civilians died in the crackdown on the resistance movement.

Wang last visited Myanmar to meet Suu Kyi just three weeks before she was expelled by the military.

China is Myanmar’s largest trading partner and longtime ally. Beijing has invested billions of dollars in Myanmar’s mines, oil and gas pipelines and other infrastructure, and is, like Russia, a major supplier of arms.

Many in Myanmar suspect that China supports the military coup, and Beijing has refused to condemn the military’s power grab. China says it follows a policy of non-interference in other countries’ affairs.

The foreign minister of Myanmar’s shadow government, which opposes the ruling military junta, protested the Bagan meeting, saying that any such efforts in partnership with the Myanmar army violated the will of the people and undermined the building of society.

The statement said that the holding of the foreign ministers’ meeting in Myanmar is in direct conflict with the peace plan of the Association of Southeast Asian Nations.

Myanmar, despite being an ASEAN member, has done little to implement the plan, and its stumbles have led to fellow ASEAN members banning government leaders from attending major ASEAN meetings.