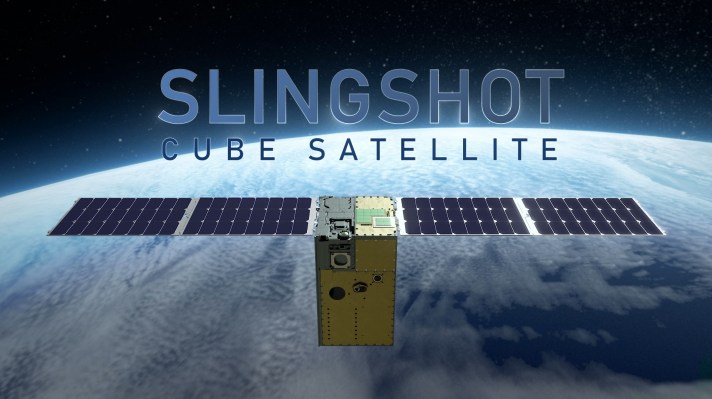 Testing new satellites and space technologies has never been easy Exactly, but surely it can be easier. Slingshot 1, the 12U Cubesat mission just launched via Virgin Orbit, is an attempt to make building and testing a new satellite as easy as connecting a new keyboard to your computer.

Saying it’s “USB for space” is shorthand…but not wrong. The team at Aerospace Corporation that designed the new system is making the comparison themselves, noting that the military has made several attempts to build this using only the Space Plug-and-Play Architecture (SPA), which has become the Modular Open Network Architecture (MONARCH), and an interface standard. Shared Payload (CoPaIS). But the methods did not get in the way, for example, was the Cubesat standard – which, incidentally, was also pioneering in the space.

The goal of Slingshot 1 is to create a standard, adaptable and easy-to-use satellite bus such as USB or ATX, using open standards but also meeting all necessary requirements for security, power, etc.:

[Slingshot] It provides more flexibility and flexibility in satellite development through the use of modular plug-and-play interfaces. These interfaces take advantage of open source systems to avoid proprietary lock-ups that might disrupt development, as well as modular interfaces for payloads that don’t require a dedicated industry bus. These interfaces map power, command, control, telemetry, and mission data that may be required for payloads. Without a set of common standards, these payload-to-satellite bus requirements are driven by various satellite bus manufacturers. Slingshot eliminates this uncertainty by reducing the number of requirements and complexity in the interface and creating an open payload interface standard called Handle.

How will you avoid the common trap that potential scalers face, Immortalized XKCD: Now there are N + 1 standards?

Well, no matter how very unfortunate the state of standards in the satellite world, if it can be said that there are any, the team decided to base everything on Ethernet, which supports a huge amount of networks in the world already.

“The adoption of the handle standard on Ethernet builds on the broad ecosystem of hardware and software tools developed for that very popular interface, primarily taking and migrating the most common terrestrial system standards for satellite use,” said Dan Mabrey, Aerospace’s chief engineer. “We designed the network to provide low power, but still support gigabit-per-second connections between devices without the need to develop custom software to customize the network for each new application.”

And as he put it when space Swinger wrote up For his own purposes last year: “When a socket payload is recognized and operational immediately, any broadcast data will reach the spacecraft’s downlink without any adjustment or modification in the on-board software. Moreover, since it is an internal network, the The data for this payload can be seen by all other payloads as well. Payloads can easily collaborate in real time, and intelligent distributed sensors and processors are coupled to the infrastructure.”

Combine this with a power core that can intelligently supply a variety of needs, a modular enclosure that makes everything feel like the back of a well-organized gaming PC, and you’ve got a plug-and-play recipe that really makes things easy for the would-be designer.

As Hannah Wehr, Slingshot Program Manager, said: “It reduces interface complexity and supports various satellite buses and payloads with minimal interface adaptation required to zero. The handle was key to the streamlined payload integration process on Slingshot 1 as we had a wide range of payloads with requirements different and enabled us to integrate the size of our payloads into a satellite the size of a shoebox.”

Of course it is not enough to send an abstract interface – imagine sending a computer case that contains nothing. To see if it works, you need things attached, and fortunately, there are a lot of experiences and possibilities that Aerospace has provided since Slingshot’s inception in 2019.

Some of these are somewhat self-explanatory, like the various t.Spoon components, which make up the basic mechanical elements that hold everything together. And of course you need a nice software defined radio link. But a tensor processing unit and machine learning testing on a satellite? Internet of things protocols? encryption services?

When I spoke with the team during a visit to Aerospace Labs a while ago, they talked about that much of what’s on Slingshot is unprecedented in some ways, but more about adapting common ground missions to the very formal and limited context of the satellite. Hardware and software.

Let’s say you have three or four payloads that share a processor and storage. How do you make sure their communications remain secure? The same way they do on Earth, but adapted to the lightweight handling, the power-limited interface, and the unusual interface of a spacecraft. Sure, secure processing and communications have been done in space before – but it’s not like having a plug-and-play version where you just click a checkbox and suddenly your entire payload is encrypted.

It is similar to the ExoRomper, which has an external camera built into the TPU. There was quite a bit of AI in space already, but there was no setup where you could say: Sure you could add cloud recognition to your satellite, it would take 2 watts, 20 cc and 275 grams. This is set up in particular for viewing the satellite itself, and considering lighting conditions – something that seriously affects thermal loads and power handling. Why shouldn’t your satellite have its own satellite, monitoring to make sure there are no hot spots on the solar cells?

The data will come from Slingshot as it tests many of its components and experiments over the coming months. It could be the start of a new standard era for small satellites.