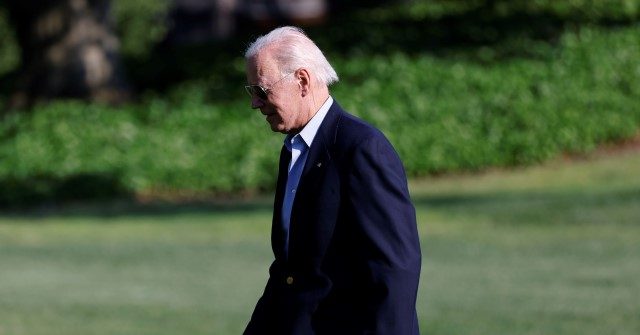 Seven out of 10 American voters say they don’t want President Joe Biden to run for reelection in 2024, a recent Harvard CAPS-Harris Poll poll said. have found.

Poll shared with hillrevealed that 71 percent of voters do not want the president to run for a second term, while 29 percent think he should.

The poll also showed that only 30 percent of Democrats would like to vote for president in the 2024 Democratic presidential primary, according to Mark Penn, co-director of the Harvard CAPS-Harris Poll.

Among the reasons respondents think Biden should not run again, 45 percent say he’s a “bad president,” about a third say he’s “too old,” and about a quarter say “it’s time for a change.”

The poll also found that the president suffers from low approval numbers, with an overall approval rating currently of 38 percent.

The pollsters also disapprove of the way the president is dealing with some key issues, including “inflation (28 percent), the economy (32 percent), [and] Motivating jobs (43 percent).” The president did a little better when it came to dealing with the Chinese coronavirus, with 50 percent approval.

The poll was conducted online between June 28 and 29 among 1,308 registered voters.