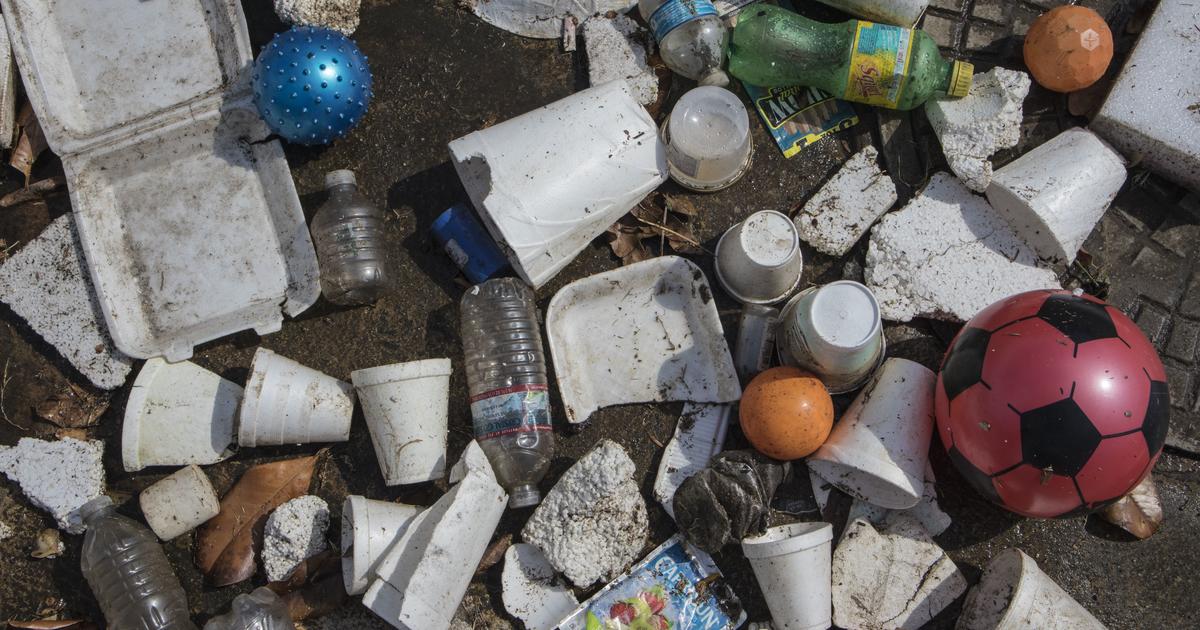 Sacramento, California – Companies that sell shampoo, food and other products wrapped in plastic have a decade to reduce their use of contaminants if they want their wares on California store shelves.

Key legislation passed and signed into law by Gov. Gavin Newsom Thursday aims to significantly reduce single-use plastic packaging in the state and dramatically increase recycling rates for the remainder. It sets the country’s most stringent requirements for the use of plastic packaging, which lawmakers say they hope will set a precedent for other countries to follow.

“We are destroying the planet and we have to change it,” Senator Bob Hertzberg, a Democrat, said before the bill was voted on.

After signing the law, Newsom said, “California will not tolerate the plastic waste that fills our waterways and makes breathing more difficult. We hold polluters responsible and cut plastics at the source.”

AFP reported that the Nature Conservancy, a non-profit environmental group, called it “the most comprehensive plastic waste reduction legislation in the country”.

Under this measure, plastic producers will have to reduce plastic in single-use products by 10% by 2027, and increase the proportion to 25% by 2032. This reduction in plastic packaging can be achieved through a combination of reducing package size, or switching to a material different or making the product easily reusable or refillable. Also by 2032, plastic will have to be recycled at a rate of 65%, a huge jump from today’s rates. It will not apply to plastic beverage bottles, which have their own recycling rules.

Efforts to reduce plastic packaging have failed in the legislature for years, but the threat of a similar ballot before voters in November has brought business groups to the negotiating table. The measure’s three main advocates withdrew it from the ballot after the bill was passed, though they expressed concern that the plastics industry would try to weaken the requirements.

States have issued bans on single-use plastic grocery bags, straws and other items, and plastic water bottles will soon not be allowed in national parks. But the material is still ubiquitous, used in everything from laundry detergent and soap bottles to packing vegetables and luncheon meats. Most plastic products are not recycled in the United States, where millions of tons end up in landfills and the world’s oceans. It is harmful to wildlife and appears in drinking water in the form of microplastic particles.

Marine animals that live off the Pacific coast from crabs to whales ingest the plastics that make their way into the ocean, said Amy Wolfram, California’s senior director of ocean policy for the Monterey Bay Aquarium. She called the bill a “great start” to address a major problem.

Plastic makers will form their own industry group tasked with developing a plan to meet the requirements, which will need approval from the state’s recycling department. They will be required to raise $500 million annually from producers for a fund aimed at cleaning up plastic pollution. Maine, Oregon, and Colorado have similar product liability systems.

Styrofoam food packaging is not prohibited but requires a 30% recycling rate by 2028, which some proponents have said is an effective ban because the material cannot be recycled. Conducting a ballot would have banned the substance altogether. It would have given more power to the state recycling agency to enforce the rules rather than letting the industry regulate itself.

Senator Ben Allen, a Democrat from Santa Monica who led negotiations on the bill, said it is an example of two often opposing groups — environmentalists and industry — coming together to create positive change.

He called it “a powerful and meaningful settlement that would put California at the forefront of tackling a major global problem.”

Although they withdrew their suffrage initiative, supporters of the measure said they remained concerned that the industry would try to soften the bill. The three proponents of the initiative were Linda Escalante of the Natural Resources Defense Council; Michael Sangiacomo, former president of waste management company Recology; and Karel Hart, member of the California Coastal Commission.

Joshua Baca of the American Chemistry Council, which represents the plastics industry, said the bill unfairly limits the amount of post-consumer recycled plastic that can be used to meet 25% reduction requirements and limit “new and innovative recycling technologies.”

The bill prohibits burning and combustion of plastic, but leaves open the door to some forms of so-called chemical recycling.

Judith Ink, president of Beyond Plastics, said while California’s bill goes further than any other state when it comes to reducing plastic pollution, it still falls short. She said that would only result in a reduction of about 10% in overall packaging because producers can repackage products or switch to other materials. She also said she relies heavily on failed plastic recycling policies.

She said global plastic production is supposed to triple by 2050.