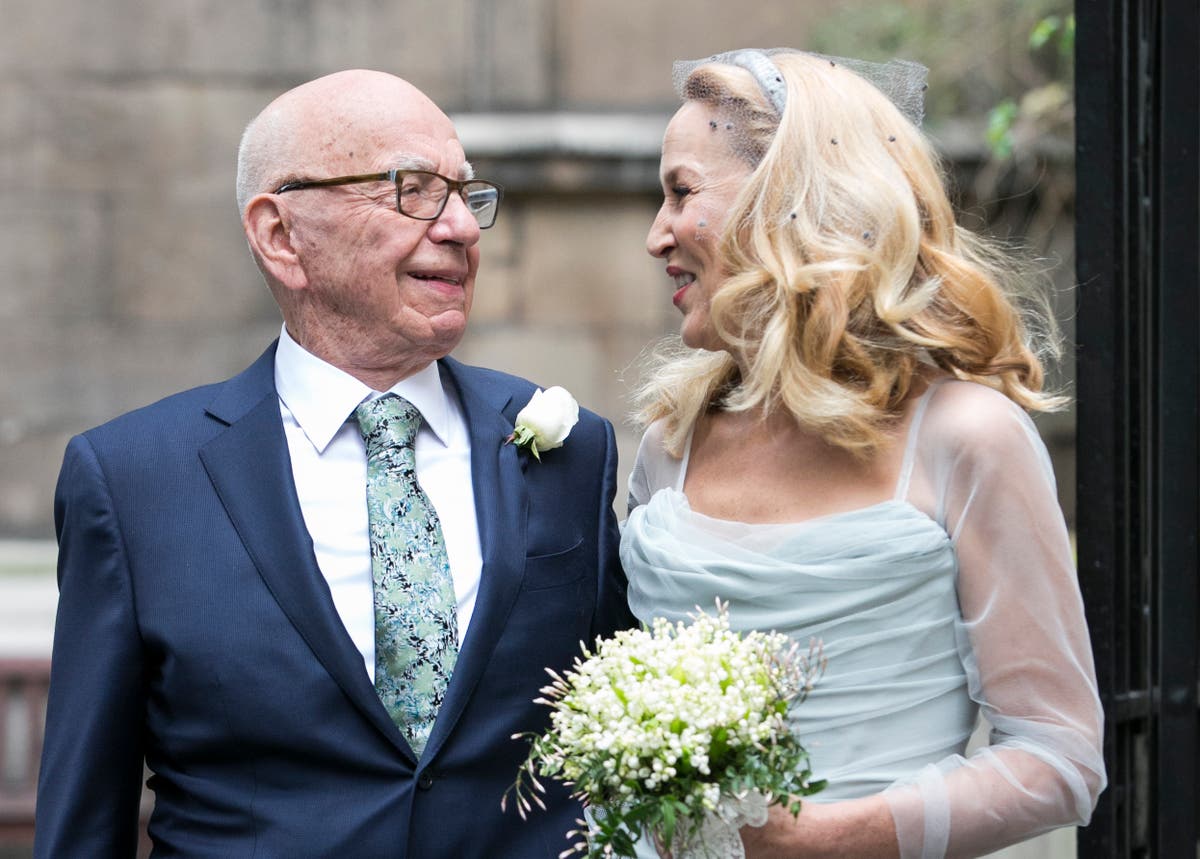 There is no mention of a prenuptial agreement in the divorce papers filed by her lawyers to end her marriage to 91-year-old Mr. Murdoch, who has Personal wealth is estimated at $7.68 billion, as of Friday.

In her petition, Ms Hall said she was not fully aware of the scope of Mr Murdoch’s assets and her file would be modified “when the information is verified”.

The petition states that “the petitioner is not aware of the full nature and extent of all separate property assets and debts, and will amend this petition when the information is verified.”

Ms. Hall’s attorney, Ronald F. Pruitt, stated in the papers that the couple married on March 4, 2016, but the date of their separation is listed as TBD. Murdoch has 30 days to file a response through his legal team.

The couple married at St Bride’s Church in London in March 2016.

Mail Reports indicate that Ms. Hall filed for divorce just hours after Mr. Murdoch emailed her to tell her the marriage was over. She claims she told friends she was “sad” and “broken” over the breakup and blames Mr. Murdoch’s adult children for the separation, according to the news outlet.

Ms. Hall was previously in a long-term relationship with rock singer Mick Jagger of Rolling Stones, with whom she shares four children: Elizabeth, 38, James, 36, Georgia May, 30, and Gabrielle, 24.

This will be the fourth divorce for the Fox News owner, who has six children with Patricia Booker, Anna Mann and Wendy Deng.