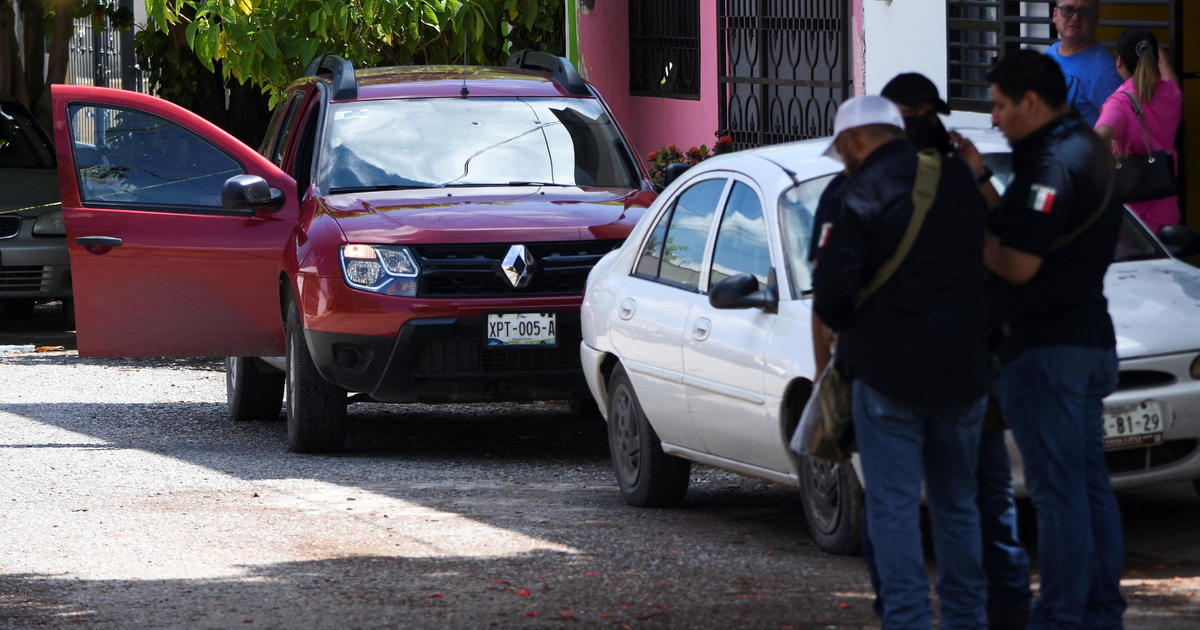 The Mexican president said on Thursday that Reporter killed In the northern border state of Tamaulipas – the twelfth day so far this year in Mexico – it may be linked to local politics.

President Andres Manuel Lopez Obrador said federal prosecutors have taken over the investigation into the murder of journalist Antonio de la Cruz A crime against freedom of expression.

De la Cruz’s daughter was seriously injured in Wednesday’s attack in the state capital of Tamaulipas and was fighting for her life at a local hospital.

A fellow reporter said Thursday that state authorities apparently asked Dela Cruz to remove some of his tweets.

“Antonio criticized the state government a lot on Twitter and criticized the government,” said fellow reporter Carlos Manuel Juarez. “He even told me once that they had asked him to remove some of the critical tweets he had posted.”

Juárez described the fear journalists felt in Tamaulipas after the murder. Drug cartels have always dominated the country.

“It is very dangerous not to know where the attack came from and our colleagues feel very exposed. We don’t know if it was just a political issue,” Juarez said at the president’s morning news conference.

“The decision to take the case (by federal prosecutors) was made because it became known that there was criticism of the local authorities,” Lopez Obrador said.

De la Cruz, 47, has been a reporter for the local newspaper Expreso for nearly three decades.

On Thursday, the newspaper released a black print edition with the image of de la Cruz and the word “Justice!” on the front page.

“This is clearly an attack on freedom of expression,” said Miguel Dominguez, Director of Expreso.

“We’ve been living in a country that’s been on a wave of violence for more than a decade, and that has also affected the press,” Dominguez said. “Unfortunately, we had to get used to working in these conditions and take extra precautions, and think carefully about whether or not to publish something.”

De la Cruz was shot in a car in front of his home in Ciudad Victoria, the state capital, by a man on a motorbike. His daughter was in the car with him and she was injured.

Expreso covers all kinds of news in the city, including security issues. De la Cruz spoke about rural and social issues such as water shortages.

He also covered the Citizens’ Movement political party and its local deputy, Gustavo Cárdenas Gutierrez, who condemned the murder.

Expresso has been targeted over the years. In 2012, one of the worst years of drug gang violence, a car bomb exploded in front of the newspaper building. In 2018, a cooler with a human head was left inside the newspaper, with a warning not to report violence in the city.

Other Mexican Journalists Killed in 2022

Last month, two colleagues at a news site were shot dead in the Gulf state of Veracruz. The Veracruz State Prosecutor’s Office said it was investigating the killing of Yesenia Molenedo Falcone and Sheila Johanna Garcia Oliveiradirector and reporter for online news website El Veraz in Cosoleacaque respectively.

In March, prosecutors in the western state of Michoacan told reporters Armando Linares Shot dead in a house in the town of Zitacuaro. His death came six weeks after the murder of a colleague, Roberto Toledo, from the same outlet, Monitor Michoacan. It was Linares who announced Toledo’s death on January 31 in a video posted on social media.

In early March, gunmen killed Juan Carlos Muñez, who covered the crime for the online news site Testigo Minero in the state of Zacatecas.

Jorge Camero, the manager of an online news website who was until recently a municipal worker in the northern state of Sonora, was killed in late February.

in early February, Hyper Lopezdirector of the online news website Noticias Web, was shot dead in the southern state of Oaxaca.

Reporter Lord Maldonado Lopez She was found shot dead inside her car in Tijuana on January 23. At a press conference in 2019, Maldonado Lopez told the President of Mexico that she feared for her life.

Journalist Jose Luis Gamboa was killed in the Gulf state of Veracruz on January 10.

crime photographer Margaretto Martinez He was shot dead outside his home in Tijuana on January 17. Guillermo Arias, whose photos tell of life and death on the streets of Tijuana, has worked with Martinez for many years.

He recalled the traumatic experience he had in covering the murder of his friend and fellow journalist.

“His daughter arrived and asked me not to photograph her father’s body,” Arias told CBS News.