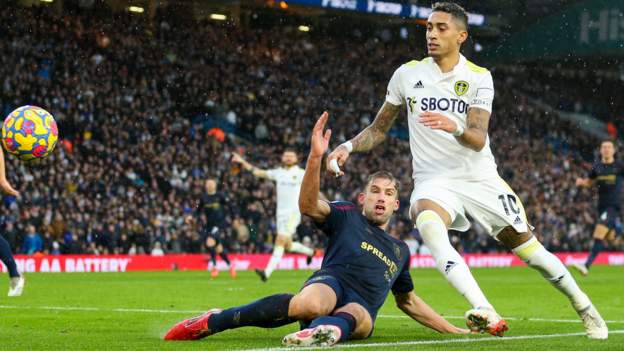 Leeds and Burnley have given up the threat of legal action against Everton and the Premier League over the finances of Toffees team.

Everton incurred losses of £372m over three years, which is more than the Premier League’s allowance of £105m.

This figure also included losses of £170m attributable to Covid-19, which could be written off, although the scale of these losses also caused a surprise.

But Everton have always indicated their confidence in their compliance with financial rules, and their work with the Premier League.

Both Leeds and Burnley wanted the club’s accounts to be investigated independently, but after meeting with the Premier League, they were advised that they had complied with profit and sustainability rules.

In addition to adjusting to losses related to Covid, clubs are allowed to deduct spending on the academy, the women’s team and, in the case of Everton, their new stadium – which is under construction and due to open in 2024 at a cost of more than £1. 500 m.

The A £60m deal to sell Brazilian striker Richarlison to Tottenham Hotspur has been completed June 30 means that income can now be included in last season’s accounts, thus helping balance the books for the next three years.