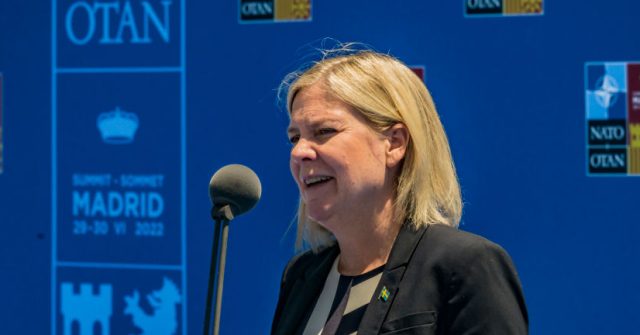 MADRID (Associated Press) – The last day of the NATO summit in Madrid: Sweden plans to send additional military support to Ukraine, including anti-tank weapons, arms support and demining equipment that Kyiv says it has requested.

“It is important that the support for Ukraine from the democratic countries in Europe is continuous and long-term,” the Swedish news agency TT quoted Defense Minister Peter Hultqvist as saying.

He did not say when and how the equipment would be delivered, but said: “It is in everyone’s interest that it be delivered as quickly as possible.”

At this week’s NATO summit, Sweden was invited to join the Western military alliance.

Polish PM promises military aid to Sweden and Finland at NATO request in case of attackhttps://t.co/r4tEVb1jWs