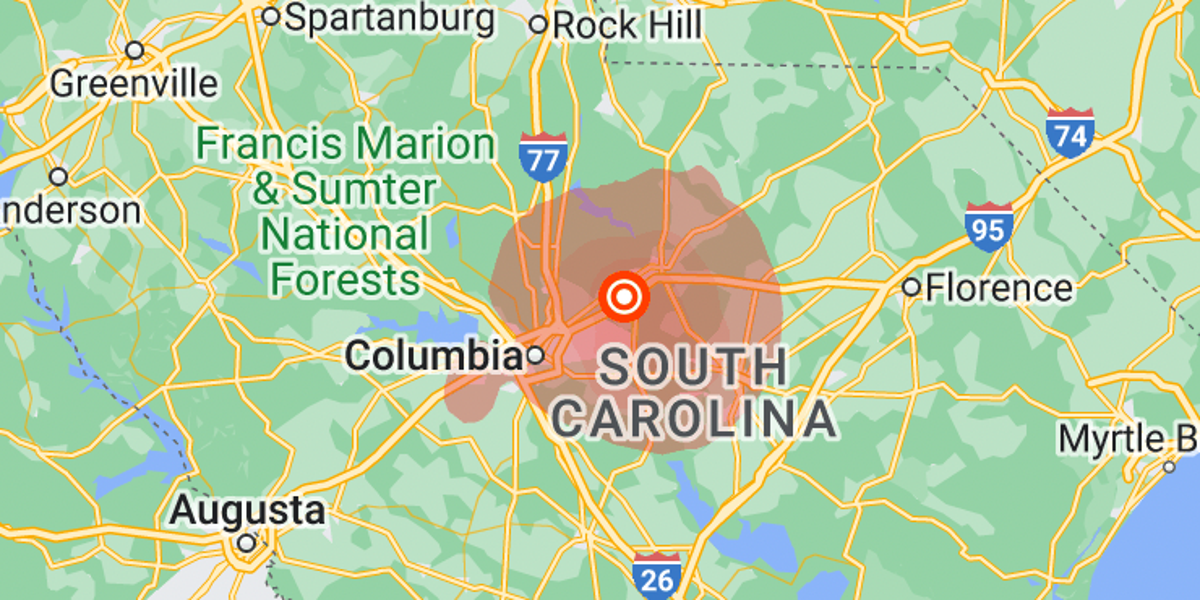 A 3.5-magnitude earthquake rocked parts of South Carolina on Wednesday.

The quake struck at 2.43 p.m. with its epicenter near Elgin, 20 miles northeast of the state capital, Colombia, and was the strongest earthquake recorded in the state in eight years.

Nearly 4,000 people reported to the United States Geological Survey (USGS) that they felt the quake, with residents noticing tremors as far away as Augusta.

The South Carolina Department of Emergency Management (SCEMD) said it felt a swarm of aftershocks in the hours after the initial quake.

Early Sunday morning, a 3.4-magnitude earthquake shook residents out of their bed, and there were constant aftershocks in the days that followed.

South Carolina is one of the most seismically active states on the East Coast, and the state has many fault systems running through it.

The state averages about 20 each year, as part of the state sits atop the Piedmont Easter Fault System, which stretches from Alabama north to Virginia. The fault system is ancient and likely formed about 480 million years ago, around the same time as the Appalachian Mountains rose.

But experts have been baffled by a series of more than 30 earthquakes that began last December.

The state was last hit by a major earthquake in 1886. That year, Charleston suffered the largest earthquake ever recorded in the southeastern United States when an earthquake of at least a magnitude of 7 shook the city, leaving dozens dead and hundreds of buildings destroyed.

The strongest earthquake ever recorded in the United States was a magnitude 9.2 on the Richter scale that occurred in Prince William Sound, Alaska, in 1964.